Working out for work: Strength training, designed by an ergonomist, to reduce strain/sprain injury risk 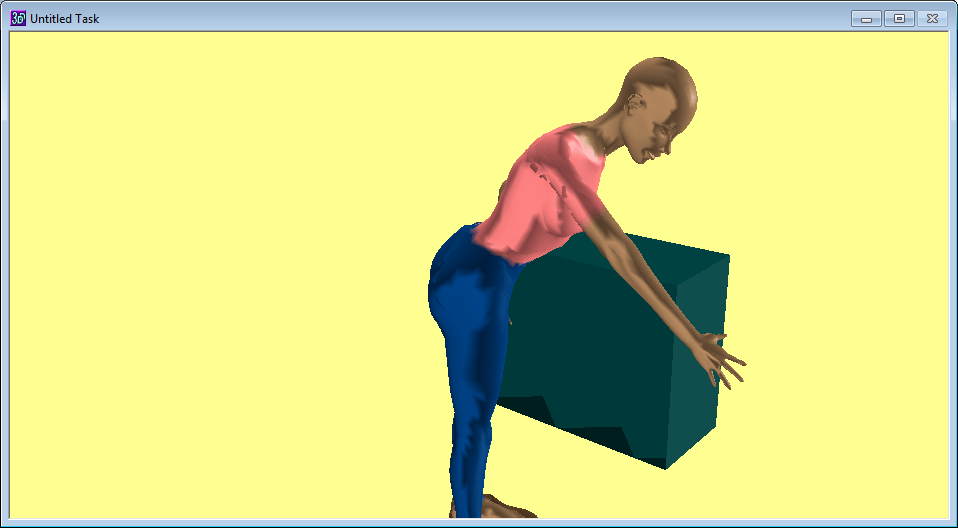 As ergonomists, we are often asked to evaluate the risk of injury for a particular task. One of the methods that we use to do this involves estimating the demands of the task, and comparing these demands with what a typical worker could tolerate. For example, a task that requires a worker to push sideways on a conveyor might require 7 kg of push force, with the right hand. We can take that force, and enter the relevant workplace dimensions into a biomechanical program. We ask the program to tell us how hard that task would be for an “average female”. (Or a different population, in some cases. “Average female” generally protects half of all females, and most males. Not a particularly high bar!) Then we use research based on fatigue and injury risk to evaluate whether that worker could tolerate that task at the frequency and duration that is required at the job. (Sounds boring to you? Not to us!)

Now, as ergonomists, if the assessment shows that an “average female” would have trouble with this task, we would work with the client to figure out how to improve the task. We might be able to change the workstation so that the push can be forward instead of sideways, or change the exposure to the task through job rotation. We may want to tilt or power the conveyor to reduce the force requirements. We would never suggest changing who is doing the job, because that would be discriminatory.

We are often asked questions like, “What if only males do this job?” We can assess a male-only population, if that’s what you have in your workplace. But ideally, wouldn’t you want to ensure that everyone who could potentially perform this job is safe?

Another common request is for us to develop a workplace stretching program. Yes, we can do this. But let’s consider some options….There is some research to suggest that stretching can have preventative effects, but unfortunately, there’s also some research that does not support stretching. And the cost of a stretching program is quite significant, particularly if it’s done on paid time. (Consider the cost of paying 400 employees for 10 minutes per day….all while you are NOT producing anything!) What if we invested that time into identifying and assisting workers with insufficient strength for their jobs? (I’m not suggesting that this would be easy…but I’m curious about how it would work out.)

Theoretically, it’s possible to identify what strength would be required for a particular task, in order to work with a low risk of injury. (We can use our analysis tools in a reverse fashion to figure this out.) What if we developed a strength test to see if workers had the appropriate amount of strength for that task, before we assigned them to it? And if the workers did not have sufficient strength, what if we developed a strength training program so that they arrived at that point before they started the job?

This approach would really work best for:

Here’s an example of how I see this approach playing out:

A meat cutter requires a downward force of 5.6 kg, every 14 seconds. This is the hardest part of the job. Analysis indicates that a strength of at least 11.9 kg in this posture would be required, to work at or below the guidelines for this task. We set up a strength test that requires the prospective worker to push down against a scale (holding the tool). If the worker has more than 11.9 kg of strength (max effort, once), s/he is “good to go”. If s/he doesn’t, then we set up a strength training protocol to develop that strength, and we re-test every week until we get there.

This is a protocol that a kinesiologist or occupational therapist could deliver, if s/he had a detailed enough understanding of the job demands, and the skills to apply these ergonomics assessment tools. As ergonomists with kin backgrounds, we feel uniquely qualified to carry this out. Are you game to try?