If you haven’t registered for the October 5-8 Association of Canadian Ergonomists conference, it’s not too late – in fact, the early registration deadline has been extended to Monday, Sept 15! Click here to register for the conference, being held in Waterloo, ON.

We are presenting two papers there. Josie will be presenting a “reject conveyor” case study, and Carrie is presenting a training project. Karen, as the conference chair, will be buzzing around all week, taking care of details. We all hope to see you there!

As a preview, I thought it would be good to share a bit of what we “proved” during a recent training project. As you may know, we are firm believers that training has to be practical (hands on) in order to be effective. We were contracted to develop training that would allow gas utility service technicians to use a pipe wrench safely. They were challenged by many factors, including:

We set out first to understand their challenges, to evaluate the risk, and to develop recommendations to address the hazards. The second phase in the project was to identify best practices, so that these could be shared amongst all technicians. We sought out technicians and trainers who had good techniques. We held focus groups and met with safety staff. Some technicians had developed their own accommodations following an injury. We found that technicians were very eager to share their techniques, and really wanted to help prevent injuries to their (often younger) co-workers.

We identified 11 specific techniques, and then we developed training that allowed the technicians to practice what we were promoting, in a safe classroom setting. I won’t go through all 11 practices, but I will discuss a couple. Firstly, we wanted technicians to apply LESS force when tightening fittings, so that the technician who would later have to loosen the fittings would have an easier job. It was widely understood that the technicians tended to over-tighten. Some research was done in-house to identify the appropriate amount of torque. We special-ordered torque wrenches with pipe heads, so that each technician could experience what the “appropriate” amount of torque felt like. (A torque wrench “clicks” when the desired torque is reached. In the field, the technicians use a pipe wrench, pulling until it feels tight.) Without exception, technicians learned that they were routinely over-torqueing!

We found that the “hands on” training was especially effective for the techniques that were less intuitive. For example, one of the tips was to “re-direct” (or divert) the force. When you push on a wrench, you don’t always have to push with your hands! For example, if you can push with the wrench against your hip, or with one of the two wrenches braced on a wall, the task becomes much easier. Using the torque wrenches, technicians were asked to rate their perceived exertion when they tightened fittings to the same tightness, using the “typical” and “best” practices. They were able to “prove” to themselves that the best practice was clearly easier than the typical practice. We used this comparison method for many of the best practices in the training, and it proved infinitely more effective than a slide show! (We follow Confucious’s training philosophy: “What I hear I forget. What I see I remember. What I do, I understand.”)

During the training, every technician practiced each of the 11 techniques that we wanted them to learn, in the classroom. We built a fixture to be used for training, with fittings at various heights and orientations. We ran pilot sessions. After we finished tweaking the course, we rolled it out as a train-the-trainer, so that the organisation could spread it out geographically. (The fixture was not easy to transport, but the consensus was that it was worth the effort!)

Here is the exciting part, that we can’t wait to share at the conference in October. We believe that the training worked. “The Recordable Injury Frequency (# of recordable injuries X 200,000 hours / employee hours worked) in 2013 was 2.44, and this dropped to 1.44 in 2014.  Overall, sprains, strains, and tear injury types trended downwards in 2014 (28% of all personal injuries) from 2013 (44% of all personal injuries).” (Note that other ergo and safety improvements were also in progress during this time period. In the real world, it doesn’t really make sense to stop other initiatives so you can test whether training works, so unfortunately, we can’t prove that our training caused the improvement, but stakeholders in the project agreed that it definitely contributed.)

If you have a group of employees who are challenged by a physically-demanding task, contact us for help to develop a skill-based training program that will help you to reduce strain/sprain injuries.

Sign up for our e-news and receive insider tips and more. 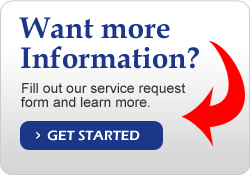